British Columbia, which is also known as BC, is Canada’s westernmost province and home to more than 5.2 million people. British Columbia has a lot to offer! Not only in its epic landscapes, clean cities and friendly people but also in safety, work satisfaction and health care. We are proud of our wide range of industries, a rich history that stretches back 10,000 years, and a diverse, multicultural population.

The Quality of Living

The standard of living is high in British Columbia. Like the rest of Canada, British Columbia offers free health care and K-12 education to all its citizens and permanent residents. British Columbia’s communities are also culturally friendly and safe spaces to build a life or grow a family. In fact, Canada is consistently ranked as one of the countries with the highest quality of living, political stability, and strongest economies in the world.

If you love the outdoors, you will find a new love in British Columbia! British Columbians enjoy a variety of indoor and outdoor activities all throughout the year. During the warm BC summers, you can often find individuals near the beaches, at a lake, or visiting the many lush provincial parks. In the winter, skiing, snowboarding, ice climbing and snowshoeing are just some of the activities that can be enjoyed on the mountains or trails around BC.  With award-winning ski resorts, golf courses, and excellent athletics facilities and programs, there is always something to do and new places to explore. There is no shortage of opportunity, recreation and fun in BC!

British Columbia is home to over 200 First Nations, whose unique traditions, art, and culture are appreciated and enjoyed throughout the province. Thanks to our diverse Indigenous communities and multicultural cities, BC is the most ethnically and culturally diverse province in Canada. Multiculturalism is a way of life in BC. With nearly 30% of its population born outside of Canada and more than 40,000 immigrants from around the world arriving every year, you only need to look to our diverse neighbourhoods and communities to see that all beliefs, religions and cultural traditions are welcome here.

British Columbia has one of the mildest climates in Canada and experiences four distinct seasons. Given the expansive geography of the province, temperature, average precipitation and hours of sunshine can vary over short distances, but are generally cooler in the north, warmer in the south and milder on the coast. With areas along the coastline considered part of the world’s temperate rainforest, BC does see a considerable amount of rain, but this allows for a unique and diverse ecosystem of old-growth forests and animal life native to the area. In the Interior and North of the province, wider variations in climate are more common, with more snowfall in the winters and gorgeous warm summers. 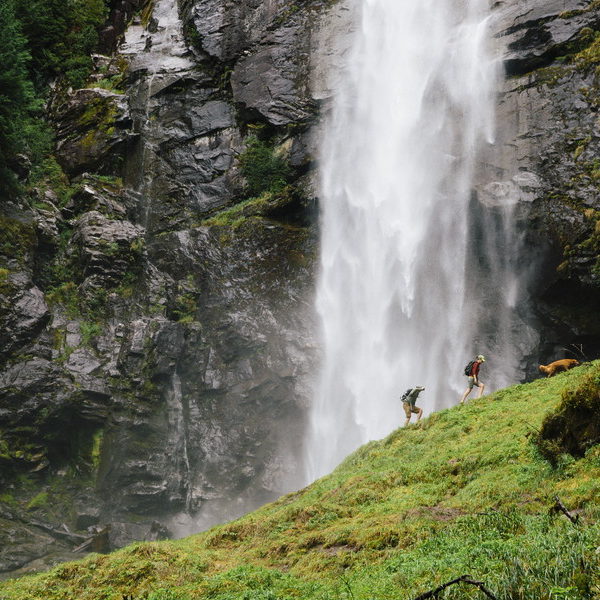 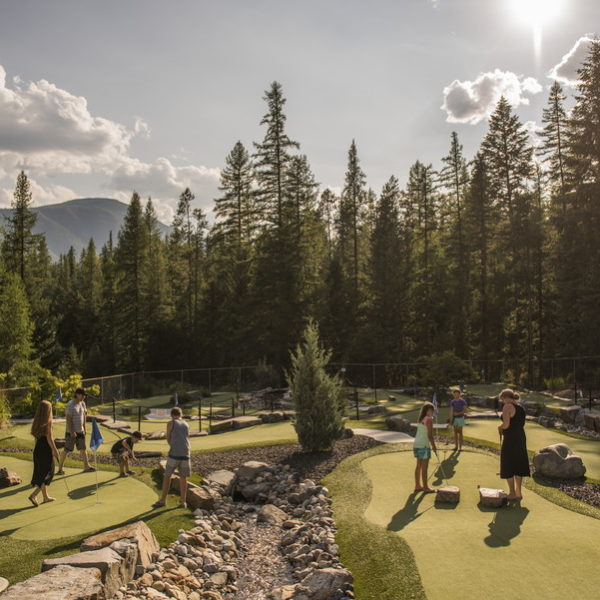 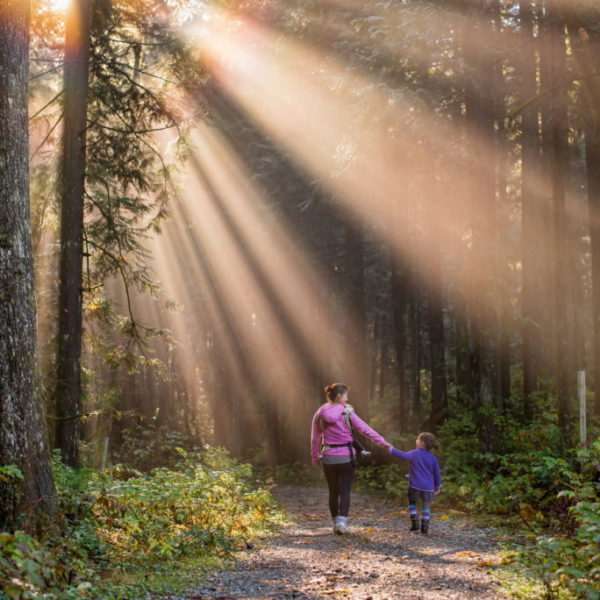 From the rugged Haida Gwaii to the foothills of the Rocky Mountains, Northern BC is pure, unspoiled nature. The northern portion of the province is vast, and the climate varies considerably, but generally, this region has much colder winters and cooler summers than the rest of the province.

Much of the region is preserved and protected by a world-class system of provincial parks and nature reserves, making it ideal for freshwater, saltwater and ice fishing, paddling, hiking, skiing and snowmobiling.

With major urban centres featuring thriving arts and culture scenes, and smaller communities built around the successful local forestry and mining industries, the North has no shortage of adventure or potential.

Home to Canada’s only semi-arid desert, an award-winning wine region, and some of North America’s best backcountry skiing and mountain resorts. The Interior of BC offers an abundance of landscapes to explore and outdoor activities to experience.

This is the perfect place to enjoy year-round fun with beautiful hot summers and activity-filled winters. Throughout the regions of the Interior, you will find abundant hiking and biking trails, fresh fruit orchards, world-class freshwater fishing, towns filled with vibrant arts and culture scenes, and many lakes and rivers, promising not only a beautiful place to visit but to live year-round.

The Fraser Valley is a beautiful, diverse, and bountiful region of BC – boasting large urban centres, natural landscapes and fertile farmland.

With some of the fastest-growing and largest cities in BC found in this region, and over half of the agricultural activity in BC located here, it is the source for anything farm fresh- as well as new restaurants, microbreweries, golf courses, and a wide range of indoor and outdoor recreational activities.

The area also features world-class camping sites, beaches, and nearly 30 vineyards. With an endless amount of adventure to experience, the Fraser Valley embodies the perfect fusion of urban, suburban and rural.

Vancouver and the Coast

The climate is usually mild and temperate in Vancouver and on the Coast, with the Greater Vancouver area enjoying one of the most favourable climates in Canada.

With daytime temperatures around 20° C in the summer, city sidewalks often lead to sandy beaches. If snow falls in the winter it doesn’t usually last long, but you can enjoy the snow in the nearby mountains, and snow-covered peaks dominate the city skyline in the winter.

Vancouver and the Coast is one of the few places you can go downhill skiing in the morning and play golf or go sailing in the afternoon.

Vancouver Island is the largest island off the west coast of North America. It also has one of the world’s most diverse ecosystems ranging from rugged rainforest coastlines to rural landscapes.

Whether you are looking for lively surfing towns, large urban centres, or coastal municipalities, Vancouver Island has something to offer you. It is world-renowned for whale watching, birding, and salmon and trout fishing.

Surrounding Vancouver Island, and easily accessible by ferry from several points, are the scenic Gulf Islands with warm, dry summers and mild, wet winters. These vibrant coastal communities each feature their own particular charm and a deep dedication to environmentally sustainable living.

There are over 200,000 First Nation, Inuit and Métis People living within the colonially-drawn borders of British Columbia. Currently, there are 39 Métis chartered communities in the province and over 200 distinct First Nations, each with their own unique traditions and histories, which span from the present day to time immemorial.

During the colonization of BC, few treaties were signed with local First Nations. Although several Nations have since entered into or finalized treaty negotiations, the majority of land in British Columbia remains unceded and unsurrendered.

We are honoured to be welcomed by our Indigenous hosts and privileged to live on their traditional territories. 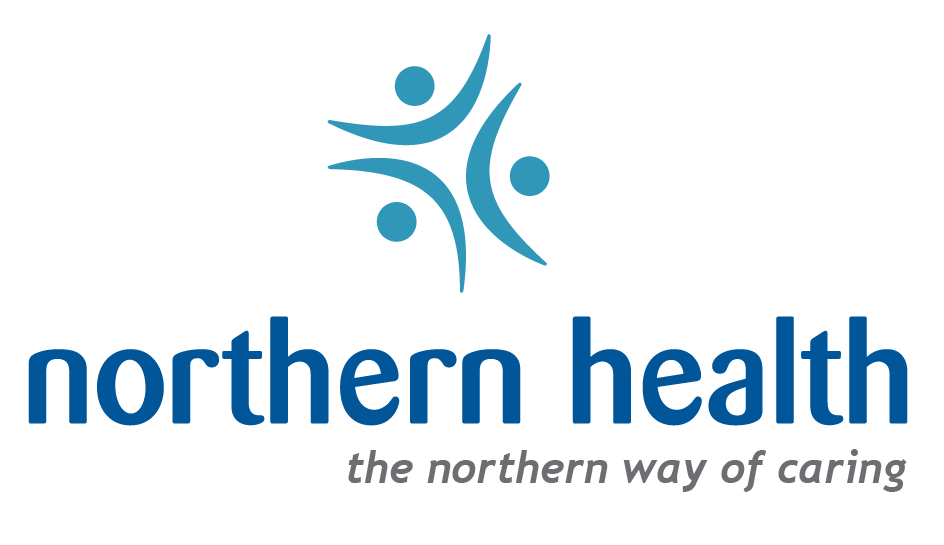 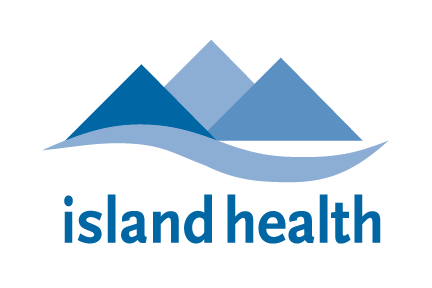